So, this little gem arrived in the mail today. 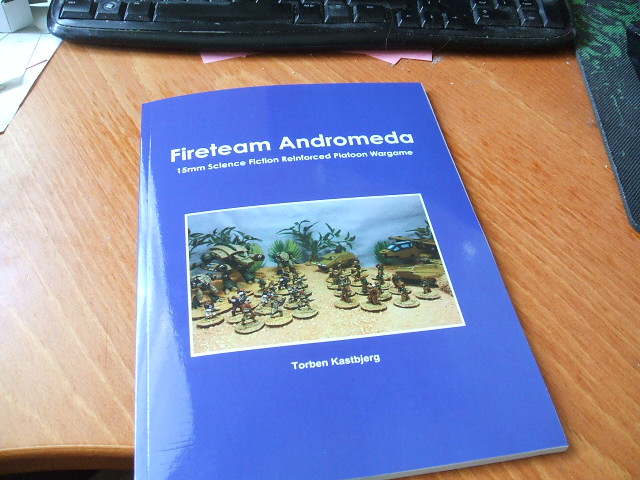 And thus it won't be long before I can finally launch Fireteam Andromeda to an unsuspecting world. I'm hoping for a late November, early December release - once the company, Two Knights Publishing, has been formalized and all that.

But mostly? I just wanted to share the grand feeling of getting something published for the very first time. Which, incidentally means that I've removed the free playtest download version of Fireteam Andromeda from the blog.

In the coming weeks I'll start writing the Fireteam Andromeda: Operations Manual which will detail all sorts of missions, scenarios, campaigns and what not to take the game to its next level. Following that there's bound to be a book about the various alien races in the Terminus Nebula and other new ideas for armylists, setting material and what. In short; stay tuned!
By Torben Kastbjerg